This app is only available on the App Store for iOS devices.

Enter the Arena! From the creators of Clash of Clans comes a real-time multiplayer game starring the Royales, your favorite Clash characters and much, much more.
Collect and upgrade dozens of cards featuring the Clash of Clans troops, spells and defenses you know and love, as well as the Royales: Princes, Knights, Baby Dragons and more. Knock the enemy King and Princesses from their towers to defeat your opponents and win Trophies, Crowns and glory in the Arena. Form a Clan to share cards and build your very own battle community.
Lead the Clash Royale Family to victory!
PLEASE NOTE! Clash Royale is free to download and play, however, some game items can also be purchased for real money. If you don't want to use this feature, please disable in-app purchases in your device's settings. Also, under our Terms of Service and Privacy Policy, you must be at least 13 years of age to play or download Clash Royale.
A network connection is also required.
FEATURES
● Duel players from around the world in real-time in both 1v1 and 2v2 Battles
● Earn chests to unlock rewards, collect powerful new cards and upgrade existing ones
● Destroy opponent’s towers and win Crowns to earn epic Crown chests
● Build and upgrade your card collection with the Clash Royale Family along with dozens of your favorite Clash troops, spells and defenses
● Construct your ultimate Battle Deck to defeat your opponents
● Progress through multiple Arenas all the way to the top
● Form a Clan to share cards and build your very own battle community
● Challenge your Clanmates and friends to a private duel, or play side-by-side in a 2v2 Battle
● Work together with your Clan to unlock Clan Chests
● Take on daily and weekly Quests for big rewards
● Play new events every week
● Learn different battle tactics by watching the best duels on TV Royale
Support
Are you having problems? Visit http://supercell.helpshift.com/a/clash-royale/ or http://supr.cl/ClashRoyaleForum or contact us in game by going to Settings > Help and Support.
Privacy Policy:
http://supercell.com/en/privacy-policy/
Terms of Service:
http://supercell.com/en/terms-of-service/
Parent’s Guide:
http://supercell.com/en/parents/

Colorful chaos awaits in our 2016 iPhone Game of the Year. Supercell’s awesome card battler delivers excellent deck-building mechanics and fast-paced fights in a package that’s easy to understand and undeniably fun. Upgrading, unlocking, and experimenting with cards gives the game endless replayability, and deciding just where to drop your heroes makes each battle distinct. But no matter how good your deck is, there’s no substitute for skill and quick thinking.

I hope that supercell reviews comments

Token system released is broken. Waaaaaay too many gems to get the “bonus” unlocks on global tourneys with no way to earn gems at more that 4-5 every here and there. The ridiculous brawl stars game mode they released, even if temporary, has no place in this app with the one tower having even 1 turret. It’s a promotion for the game they released geared more toward younger players and to cash in on a Battle Royale style game money. On the upside, gold finally feels somewhat attainable if you don’t spend real currency and the normal game modes feel balanced for the most part, except golem/night witch/lightning. It really bothers me that I can play the normal modes and enjoy the game win or loss, but the second I have to participate in the extra games or tourneys, I want to throw my phone due to stupid decisions on game types or rules they put in. (Also, for those who say, “just don’t play those game modes” that is where a bulk of rewards I mentioned as positives earlier come from almost exclusively). I say this as someone who’s favorite game type is a draft battle, where all cards are random chance. Also, why they haven’t made draft or 2x draft a mainstay outside of the clan wars irritates me as well. All in all, I was loving every aspect of the game until the most recent update where I feel that Supercell took a huge step backward. It’s not enough to keep me from playing at this time, but it is definitely pushing me in that direction.

Great Game.. but those clan wars..

Supercell, great game, no doubt. Award winning. But you axed clan chest, where accounts and clans would be rewarded for higher volume of play, to a point, and replaced it with a war that takes 48 hours and lets me play 4 rounds to contribute. So instead of playing 30-70 rounds this weekend, I’ll play 15-20. You ruined an activity and feedback loops for clans to understand who was playing a lot, and also made it so there is almost no way to step out individually. I bet you did a crazy amount of concept design and research on this, and you guys are experts at social gaming, so there have to be 10-15 good ideas to reward those who want to play more. Break those out. I’m okay with the card limitations in war decks, it forces investment and creativity in ways I haven’t thought of before, so it’s a good frustration. Also, frequently, we have multiple clan members cheering during a match, that is a good add, and funny with all the confetti. Integrate more of that. Maybe in addition to the one individual war match, there can be pools of match variations that a clan can draw them to increase clan glory, work on better rewards, and generate higher participation. Lots of thoughts, let’s take this war idea and kick it into action. Our clan only has bored things to say after the initial concept wore off in 4 battles. 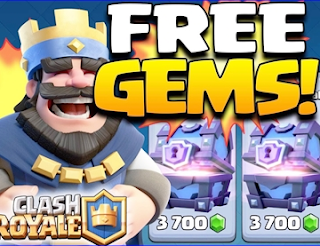 Colorful chaos awaits in our 2016 iPhone Game of the Year. Supercell’s awesome card battler delivers excellent deck-building mechanics and fast-paced fights in a package that’s easy to understand and undeniably fun. Upgrading, unlocking, and experimenting with cards gives the game endless replayability, and deciding just where to drop your heroes makes each battle distinct. But no matter how good your deck is, there’s no substitute for skill and quick thinking.