Posted by4 years ago
Archived

Click the above link to start the download of the Direct X June 2010 package. It is around 95. Step up your game with a modern voice & text chat app. Crystal clear voice, multiple server and channel support, mobile apps, and more. Download Branding Nitro.

Welcome to ArmA III! Here's how you can get started.

ArmA III is a massive-scale realistic military sandbox, where you will find incredible and realistic gameplay that will last you for many years to come. ArmA III is designed to be pliable, easily modifiable, and enjoyable for any type of gameplay scenario that you wish to create and join in on. I'm sure that many of you might have some questions about how ArmA plays out, what to do here, or how to optimize your settings for ArmA III. This thread shall be your kickoff point for exploring the world of ArmA. If you have any questions, don't be afraid to consult all of the links located here, and to ask questions directly on this thread too!

For us ArmA veterans, I encourage everyone to respond to questions on this thread and offer help when you can. Try not to advertise your group on this thread; however, if someone asks specifically for a group to join, you may direct them to /r/FindAUnit, your group's /r/FindAUnit post, or PM them.

With all of that said, let's get ourselves started!

Here are some links for you to look at if you ever need help:

When you load up ArmA III, you will probably be a little lost on where to start. If you start at the Main Menu, click the Learn tab and start the Bootcamp Campaign. This mini-campaign presents the basic mechanics of ArmA III in an easily-digestible way that also provides a great entrance into the world of ArmA III. It also serves as the prequel to the main campaign, if you are into the Singleplayer aspects of the game. After you complete that, I recommend that you head on over to the Virtual Training in the same tab and try some of the advanced training missions, which include demonstrating some of the advanced nuances of the game, including Material Penetration, Operation of Rocket Launchers, Commanding Infantry and Vehicles, and more! Once you are done with this, you can continue to browse some of the resources in the Learn tab, or you may go on to the next step.

One of the main challenges of ArmA is that, while the simulation aspect is incredible, there is difficulty in keeping everything running smooth, especially on lower-end computer systems. Want to keep those decent frames in Multiplayer while also having that aesthetic appeal? Here are some resources to keep you informed about optimization in ArmA:

The rest is left up to you and your personal desires. Using these guides, tweak your game depending on your preferences and try to find the balance you want to attain a solid FPS on many servers.

WARNING: In Multiplayer, FPS often depends on the performance of the mission loaded onto the server and the performance of the server itself. If you find yourself getting high FPS on one server but low FPS on another, you might want to consider switching servers or asking for a better-optimized mission to be put on the server. Some optimized missions I know of included BeCTI Warfare, Antistasi Altis, PANDORA: the Insurgency, and others. Try them out and see how you like them!

Here's the part that you've probably been waiting for. I understand that many of you just enjoy the Singleplay aspect of ArmA, and for that, I commend you. However, many of you are also looking forward to getting in the action with other players. So, for those who wish to test their skills against and with the ArmA community, here is a basic rundown of ArmA gamemodes and how to get into them.

Within ArmA, you will find a wide variety of gamemodes: from RPGs to COOPs to TvT to Zeus missions. Here's a small breakdown of terms to look for when browsing the Multiplayer section of ArmA: 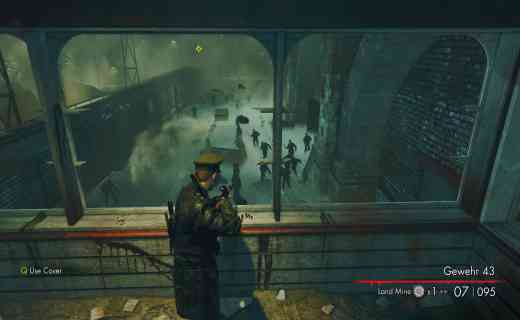 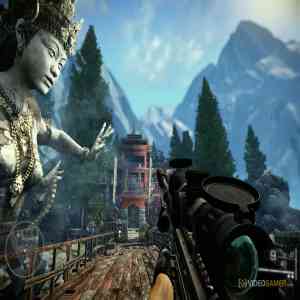 Modifications are the heart and soul of ArmA, and for good reason. The open nature of ArmA allows anyone to go in and create and modify content for ArmA III in a (relatively) easy manner. It takes time to learn how to create mods, but the reward is well worth the time it takes to make it. You can add real-life vehicles, weapons, equipment, and modify the base features of ArmA.

For those who aren't that tech savvy, there still are many incredible mods out there that you may download! I recommend that you head over to Armaholic, the Bohemia Interactive Forums or Play withSIX and find some mods or missions that tickle your fancy. Whatever your playstyle, I'm sure that you will find something that you will enjoy.
Here are some of the most popular mods out there (excluding BP and Epoch, mentioned above):

I'm sure that there are many other popular modifications that I left out, but unfortunately, my writing space is limited. Go check out ArmAholic, PWS, and the BI forums for more awesome mods! Also, I recommend using the Default ArmA III Launcher, play withSIX Launcher, or A3 Launcher to assist you in the mod launching process.

Editing: How do I create fun missions for everyone?

Learning how to edit missions is the easy part. Creating missions that are fun for everyone, challenging for everyone, and intricate at the same time is the complicated part. Luckily, we have some tools to help you. /r/armadev is more than willing to help you with all of your problems in editing and scripting. A new program for scripting ArmA III missions, called Dash, will assist you in recognizing your own code. Visit the BI Forums Editing section to get help on all things related to editing. OFPEC also has some handy editing tutorials for the entire ArmA series. Finally, this subreddit will also help you to learn how to code - I simply recommend you check out /r/armadev first.

Lastly: Go to the editor and mess around! Break things! Write new code and make your computer heave! The only way you will get better at editing is by coding! Don't be afraid to mess up and break ArmA - that's what you're meant to do here.

This is not ArmA.
This is ArmA.

Teamwork is one of your greatest weapons in ArmA. Nothing rivals the tactical superiority that forms when a team's plan comes together. All we ask of you is that you have a mindset to cooperate with other people. After all, one of the basic tenets of ArmA is 'community.' With that in mind, make sure that you communicate with one another while in-game. Better yet, find a community to stick with. I recommend checking out /r/FindAUnit and looking for a community that suits you well. I guarantee you'll find something out there that'll have you staying in ArmA just for the community mindset. All in all, just keep coordinated with your team to make sure that both you and your teammates don't die.

Remember: Don't be a hero. There are no heroes in war. Be a teammate. Be a squadmember. Be a leader and a follower.
Be a soldier.

Borrowed and quoted from /u/InterceptorX's Welcome to ArmA post:

I am not responsible for, and expressly disclaim all liability for, damages of any kind arising out of use, reference to, or reliance on any information contained within this document. While the information contained within this post might be periodically updated, no guarantee is given that the information provided in this post is correct, complete, and up-to-date. If you believe I have left something important out of this post please let me know and I will review and add it if warranted.

All in all, ArmA is a game that you should enjoy while also accepting the challenge that goes along with it. While ArmA is somewhat harder to get into than other games, the enjoyment you get out of it will last you for years. Explore what the world of ArmA has to offer and see what you can squeeze out of this wonderful game.

Hope to see you on the battlefield! Good luck, and have fun!